s Donald Trump amassed his Bureau a year ago, a few essentials hopefuls were relied upon to fulfill included: stunning riches, out and out hatred for the mission for the office they were being procured to run, or potentially add up to obliviousness of what, truth be told, their individual divisions should do. In Betsy DeVos, secretary of education, the president scored a trifecta: a tycoon who needs to wreck state funded schools, and who apparently needs even the most fundamental comprehension of education arrangement. That was in plain view amid DeVos’ excruciating affirmation hearing a year ago, in which she was not able answer basic inquiries concerning education, and, staggeringly, proposed that instructors be furnished to shield understudies from mountain bears. What’s more, after one year, DeVos still has no clue what she’s discussing, if the previous evening’s sit-down with a hour is any sign. 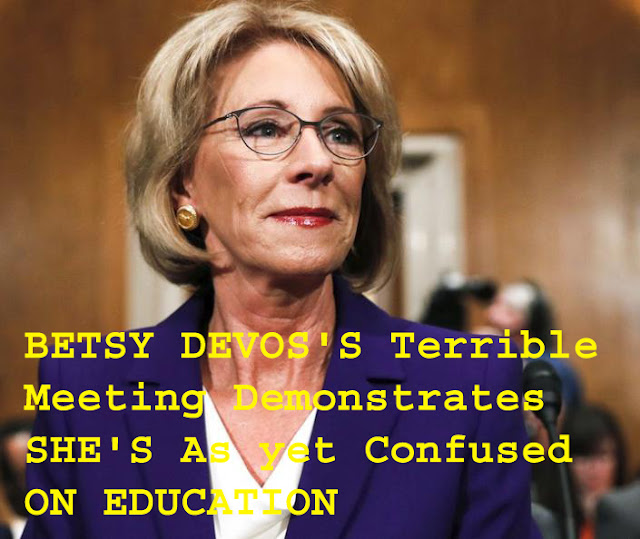 In a meeting with Lesley Stahl, DeVos couldn’t really say whether the quantity of assaults or rapes on school grounds was the same as the quantity of false allegations, which was the reason for her choice to annul Obama-period Title IX rules for how schools should deal with rape claims. Regardless of admissions she proved unable “ever envision” her first grade educator, Mrs. Zorhoff, having a weapon, she kept up her position that furnishing educators “ought to be an alternative,” guaranteeing that “we have contributed billions of dollars from the government level, and we have seen zero outcomes,” yet shriveling under further addressing from Stahl on that front. In any case, the genuine pièce de résistance was the point at which she endeavored to guarantee that state funded schools that have seen their subsidizing cut are performing better therefore: